Unveiling of F-14 is a success 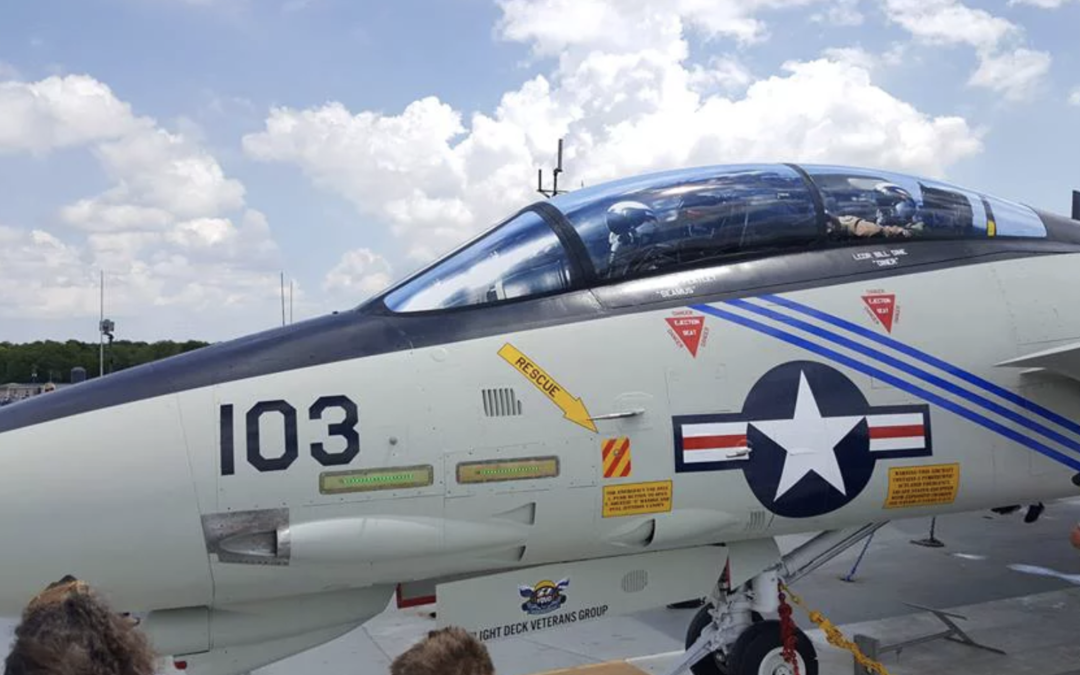 This past Saturday morning our FDVG members gathered at Patriots Point one last time,

“People that have worked on this plane have come from North Carolina, Florida, Texas, Tennessee,” said Michael Deacon, the group’s national executive director of the Antioch, Tenn.-based group. “On and off, we’ve probably had 50 different people.”

Starting in March, the group stripped the retired jet down, fixed its corrosion, gave it a fresh coat of paint and applied new decals to bring it back to its original look.

The spruced-up aircraft was unveiled at 1 p.m. this past Saturday at Patriots Point Naval & Maritime Museum.

“We thought it would take us a couple weeks,” Deacon said. “We’ve been working on it now for a little bit over two months.”

For Deacon and the other volunteers, the project brought back fond memories of their own military careers. Deacon, 59, who retired from the Navy 22 years ago, worked on F-14s during his time in the Navy.

“We’ve had people that have been retired longer than that, and they’ve come down here … they start working on it,” he said. “It was flashback time. They knew exactly what they were doing.”

Deacon said the Tomcat was a formidable fighter. Its maximum speed was 1,544 miles per hour. It was equipped with technology that could track 24 missiles at once and identify the six most dangerous. And the weaponry on the F-14 was able to take out targets 100 miles away.

“To this day, there’s nothing that even comes close to it,” Deacon said.

Mac Burdette, executive director of Patriots Point, recalled his reaction to their offer to help give the plane a makeover.

“It was quite a surprise when they came to us and said, ‘This is what we’d like to do,’” he said.

Deacon said the project helped bring him back years.

“Getting back to my younger days and being able to work on these planes is a thrill,” he said.

The F-14 rehabilitation crew is going to take a break for the summer and then start work on another aircraft on the Yorktown, Deacon said. Other members of the Navy Flight Deck Veterans Group are working to make old military planes look new again in California, Texas and Florida.

“Right now, this is going to be the best-looking one,” Deacon said.