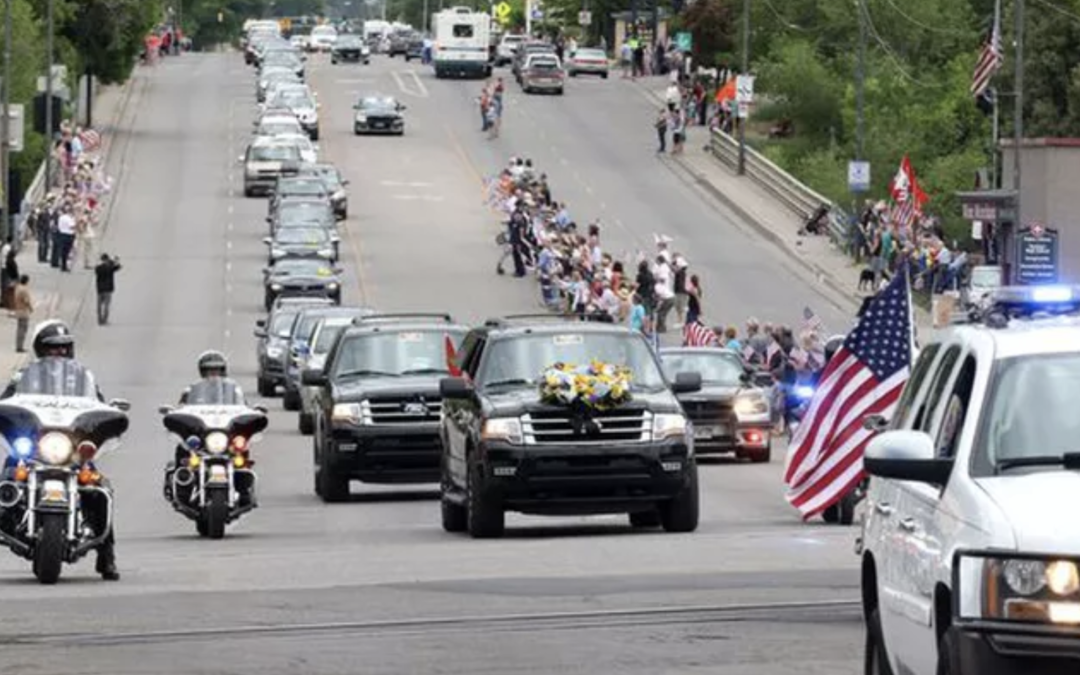 DURANGO, Colo. — People waving flags and standing at attention said goodbye Saturday to a Blue Angels pilot who was killed in a crash while practicing for an air show.

The private service for Marine Capt. Jeff Kuss was capped by a 21-gun salute and a flyover by Marine units that he served with before joining the Blue Angels flight demonstration team nearly two years ago.

The service was held in his hometown, Durango, about 340 miles southwest of Denver. Kuss graduated from Durango High School in 2002 and Fort Lewis College in 2006,

Kuss was killed while practicing for an airshow near Nashville, Tennessee, on June 2. He is survived by his wife and two young children.

Gov. John Hickenlooper ordered flags to be flown at half-staff to honor Kuss.

Many of the people who turned out to honor Kuss went to at Fort Lewis College to watch the flyby, which included the Missing Man formation, in which one jet pulled away to honor him.

Copyright 2016 The Associated Press. All rights reserved. This material may not be published, broadcast, rewritten or redistributed.