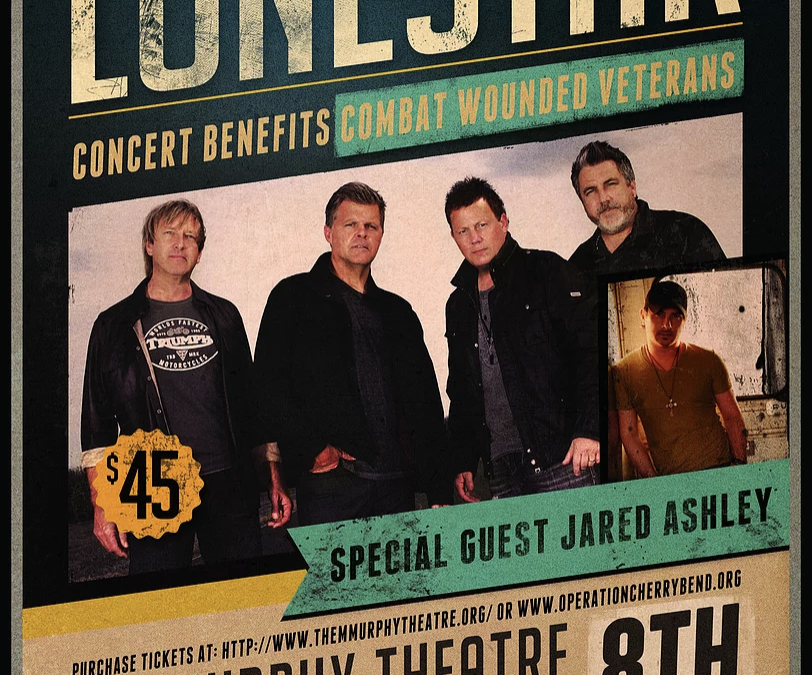 The Flight Deck Veterans Group and Cherrybend Pheasant Farm in partnership with R+L Carriers are proud to announce the 2016 Operation Cherrybend event on October 8th featuring platinum-selling country band, Lonestar, at The Murphy Theatre 50 W. Main Street. The annual event, founded by Nashville recording artist and Navy veteran Jared Ashley and Cherrybend’s Ellis Family, is meant to thank our nation’s wounded veterans and spread awareness for veterans issues. Tickets are $45 and can be purchased at themurphytheatre.org oroperationcherrybend.org.

hunt and concert is back and bigger than ever with event sponsors R+L Carriers.

“R+L Carriers is inspired by the work of the Flight Deck Veterans Group, and Operation Cherrybend which provide professional support, the opportunity to build and strengthen personal relationships, and the tools to explore and learn new skills or hobbies,” said Greg Bronner, VP of Marketing for R+L. “We are truly inspired by this. We want to help spread the importance of supporting those who have served us, in an effort to reflect our gratitude for the sacrifices these men and women have made to protect the freedoms we enjoy today.”

“What started out as a simple grass-roots retreat with my fellow singer/songwriters to honor a few combat wounded veterans, has turned into an amazing event on a much larger scale impacting a vast audience, I’m so thankful to the Ellis family, R+L Carriers, the city of Wilmington, OH and surrounding area businesses and residents for their support in honoring these veterans,” said Jared Ashley, U.S. Navy veteran and co-founder of Operation Cherrybend. “Approximately 22 veterans take their lives everyday. We need to increase awareness of veterans issues so they feel the honor and pride that we have for them everyday.”

About Operation Cherrybend
The mission of Operation Cherrybend is to thank veterans for their courage, selflessness and sacrifice to our country. “The more we educate the general public about the trials and ongoing challenges of wounded veterans, and veterans in general, the better understanding the public will have in order to meet their needs,” explains Beth Ellis, co-owner of Cherrybend Pheasant Farm. Twenty-two American veterans commit suicide daily, which Ashley hopes to bring awareness to and help change.

About Lonestar
Known for merging their country roots with strong melodies and rich vocals, Lonestar, comprised of Richie McDonald (lead vocals), Michael Britt (lead guitar & backing vocals), Keech Rainwater (drums), and Dean Sams (keyboards & backing vocals), has amassed RIAA-certified sales in excess of ten million album units since their national launch in 1995, and achieved ten #1 country hits including “No News,” “Come Crying To Me,” and their crossover smash “Amazed” (which was also #1 on the Billboard Hot 100, the first record since 1983’s “Islands in the Stream”, to top both charts). The band’s awards include a 1999 ACM Single of The Year for “Amazed” (the song also won the Song of the Year award), and the 2001 CMA Vocal Group of the Year. With over a 100 dates worldwide per year, they are celebrating over 20 years together. Lonestar’s highly anticipated album, Never Enders, is available now and features ten new original Lonestar songs that bring the band’s trademark sound into the contemporary arena.